Debating: how to teach debate effectively 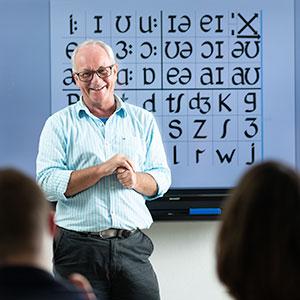 When teachers talk about debate and debating classes, it never ceases to make me smile and think, ‘Oh dear …’. This is both from a teacher training and a teaching perspective; where there’s always one enthusiastic trainee who wants to have ‘debate’ as the focus for their speaking lesson. Then there are those teachers that include ‘debate’ in their classroom or run extracurricular debating clubs. What perhaps scares me the most are those teachers who profess to be ‘experts’ and try to train other teachers since they’ve come from an educational environment where they participated in ‘debates’.

Perhaps the trainees and the ‘expert’ teachers have participated in a rudimentary form of debate, have an idea but have not taken the time to explore it any further. Let’s start to enhance our existing knowledge and give our learners a little more to engage with beyond the rudimentary, must have addition to the all-important CV. Let's develop some language and skills and go beyond the exclusivity of the ‘elite’ group.

What is it that teachers are missing?

Debate is an opportunity for learners to learn. This covers language systems, language skills and other skills. It’s from here that we can start remodeling the way we think about debate in the classroom. An opportunity to learn is not restricted to those ‘chosen elite’ who have written a couple of good essays and are the ‘top of the class’, it’s inclusive of all learners, age and language level being no obstacle.

The following are just ideas of characteristics/skills that can be developed if we use debate effectively:

• Research and analytical skills
• Self confidence
• Cooperation and teamwork
• Organisation

Learners can also have fun!

From my observations, teachers do not seem to have an awareness of the range of debate types available that are resources for developing a spectrum of language and skills as well as adding variety for better engagement. How many different debate types have you used or seen used in the classroom? Have you ever thought of the following types that are just a selection that are both user and classroom friendly?

Based on the British parliament and adopted as the official style by the World Universities Debating Championship and adapted into the World Schools style. Two three member teams and each member giving a time limited speech – the first two substantive, followed by the rebuttal and both teams deliver a reply.

This style developed from the Oxford Union debating society. A resolution is proposed by one side and opposed by the other, the winner being the side that has gained the majority of audience votes or has swayed more audience members. A formal debate where the audience cast a pre-debate vote for, against or undecided and again at the end.

Two opposing teams debate a resolution, one team will propose and the other oppose. Each speaker will make a timed speech; 1st proposition, 1st opposition, 2nd proposition and 2nd opposition. After the first minute of each speech the opposite team may request a ‘point of information’ and subject to the speaker’s agreement a question may be asked. After all participants have spoken, questions will be open to the floor and then speakers have a limited time to summarise their key points.

Not the same thing. A moot is essentially a simulation of the presentation of a legal issue or problem before a judge or judges, generally taking the form of a point of law whereas a mock trial is a simulated trial with volunteer witnesses. Both can be team events and participants judged as a team or individually.

Four teams of two speakers representing four different bodies, which could be nations engage in a policy debate, but including two coalitions. Each speaker has a time limited speech during which ‘points of information’ can be raised anytime after the first minute and before the final minute of each speech. This format focuses speakers on creating a winning strategy whilst respecting their coalition.

There’s so much that can be beneficial to learners from any of these examples. Take a moment when you have the time or inclination to think about the skills and language that each of these types of debate has the potential to develop. Use the definitions above for this or use them as a reference to planning for debate in the classroom. Remember that debate does not happen overnight or with the waving of a magic wand. Taking a new perspective and introducing any of the above debate types might best be integrated through a scheme of work or project based.

Resolutions can't be overlooked. These are essential for any debate and again, is something that teachers overlook, perhaps not that there needs to be a resolution, but putting some thought into how it fits with the class and what the intended outcome is or outcomes are. A vast majority of resolutions teachers put to classes do little to promote good engagement. As we all know reduced engagement often leads to reduced learning or at least reduced potential for learning.

When providing learners with a resolution or asking them to create their own, do you ever think of it beyond a question? Possibly not.  Are there aspects of a resolution to analyse? Yes there are. We need to look at the characteristics if an effective resolution and the types of resolution.

These characteristics need then to create the type of resolution. Is it a value resolution or a policy resolution? Does it matter? Yes it does, as otherwise learners might not get the optimum opportunity for learning and there’s always a possibility that things might become confused or ambiguous. So, what’s the difference then? Simple.

There we have it, just some of the principles of effectively introducing debate into the classroom and perhaps to make us think about whether we really know about debate in the classroom or simply following what we think it should be. When planning debate or using it in the classroom, think about the type of debate and its suitability of what we want our learners to achieve in terms of learning. Think beyond the traditional profile of learners, open it up and let them have some fun at the same time.

If you're looking for more professional development opportunities, take a look at our upcoming CPD workshops which cover a wide range of topics suitable for practicing teachers as well as those looking to gain more insight into a teaching career.

Topics:
All categories
Teaching skills
How to...

Over the last 10 years Sean has worked in a variety of TESOL settings in Hong Kong, from teaching academic English to secondary and tertiary learners. He has also taught professional adults of various nationalities to develop their English skills across a range of commercial sectors including law, aviation, hospitality and leisure. In addition to his work at EfA as a Trinity CertTESOL tutor and delivering CPD workshops, Sean works with the University of Sunderland on their English for Academic Purposes programme. He has academic interests in sociolinguistics and its application in the classroom.