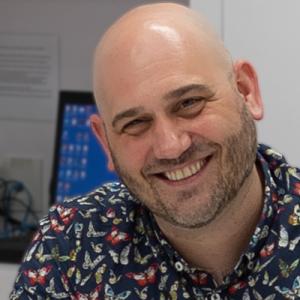 Using authentic materials in an ESL classroom provides many benefits for learners. Exploiting them in class can give learners a sense of achievement, show language in a realistic context, and offers opportunity for real communication. Unfortunately, many learners assume that they are incapable of coping with authentic texts or materials as these are technically made for native speakers.

For example, newspapers, magazine articles, and books use a variety of complex grammatical structures, idiomatic language, and are generally culturally specific. Listening texts not only have these features but also contain different aspects of phonology, such as connected speech, intonation, as well as pronunciation variations.

These variables can pose significant problems for the learner mostly from overwhelming them with too much language hence why it’s important to adapt, stage, and select the material and language appropriately. This week’s blog will demonstrate how to use an authentic text in class by showing you an example I used from a previous class which was observed by teachers in training. I’ll take you step by step through the stages and procedures, hopefully this will inspire newbie teachers or experienced ones to use an authentic material in future lessons.

Below is a lesson I used in a Pre-intermediate level class. Let’s begin by breaking up the task and discussing the stages. Firstly, I chose a recording from a BBC podcast about World Cities and as I live in Hong Kong I was lucky enough to stumble across an episode where Hong Kong was featured. Keeping it culturally relevant creates interest and allows learners to personalize the topic.

The first stage of a lesson should be to set the context and create some interest. By setting a discussion question and showing a visual this can activate the learner’s schemata (what they already know about the topic). Also, this is a traditional top down approach and incidentally encourages additional speaking and listening. At this point the teacher can make some notes for needed language/grammar or pronunciation issues.

Setting context: life as an expat

1. Why do foreigners move to Hong Kong? What reasons might they have?

Next, the learners wrote the advantages and disadvantages of living and working in Hong Kong as a foreigner. Doing so reinforced the context and prepared them for the listening by making some predictions about the recording.

2. With your partner write and discuss three advantages and disadvantages of living in Hong Kong as a foreigner?

It’s important to pre-teach language from the text. As you can see the vocabulary is relatively complicated. Therefore I had them match the words to their definitions rather than eliciting. Eliciting takes a lot of time and affects the timing and pacing of the lesson.

Notice that there are some contextual clues to help e.g. synonyms, to help them guess the general meaning. I monitored and helped when needed and I corrected when necessary. I drilled the pronunciation and next showed the written from. I marked the stress, word class, and isolate some troublesome phonemes. I also addressed pronunciation issues and corrected them by using manner, place, and voice. (Position of your mouth, tongue, and articulating vocal chords)

3. Vocabulary - look at the words below and match them to their definition.

Next, the extra controlled practice allowed learners to practice using the vocabulary accurately and served as pre-preparation for the listening tasks to recognize words in context.

4. Complete the text with the following words from above (guess if necessary).

Next, the recording and video was played and learners answered a gist question. Answering a gist question breaks the listening sections into manageable parts in order not to overwhelm the learner.

5. Listening practice - watch and listen to the video clip on domestic workers in Hong Kong and answer the question.

Afterwards, the recording was replayed and learners answered the detail questions. This provided a thorough analysis of the text where learners listened for specific details. This is useful in recognizing words that give information (key words) rather than function. Again this broke the text into manageable bits and increased my student’s confidence.


I wanted to integrate a pronunciation focus so I exploited an aspect from the text as I noticed in previous lessons that my learners were unable to show emphasis effectively or convincingly. I chose a marker sentence from it focusing on elongating the adverb falling intonation, as well as repeating the adverb to indicate emphasis.

7. Pronunciation practice - In English we sometimes show emphasis by repeating an adverb/adjective e.g. really really big. It’s important to use the correct intonation to emphasize importance. Look at the example from the recording.

Practice with your partner using the appropriate intonation.
↘    ↘ (falling intonation)

To respond to the text learners were asked to personalize the topic by answering the following discussion questions. This provided some speaking and listening practice and allowed me to address some emerging language needs, such as stating opinions and agreeing and disagreeing.

8. Let’s discuss. Work with a partner and discuss the following questions.

Considering a Trinity CertTESOL qualification? The introductory module of the CertTESOL course is now available as a standalone fully online course – the TESOL Starter course.

Topics:
All categories
ESL activities
TESOL Masters
How to...

Bryan was a teacher trainer and part time course director for the Trinity CertTESOL at English for Asia. His qualifications include the Trinity CertTESOL, MATESOL and Cambridge DELTA. With over 10 years teaching experience, he has a special interest in phonetics and phonology.