Why you need to stop punishing your students: solutions for 3 common problems 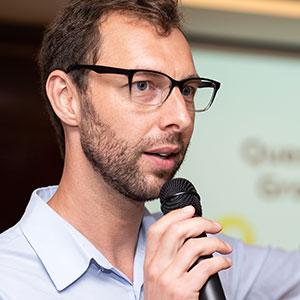 In many of the young learner classes I watch, teachers try to control their students’ behaviour using punishment. In this article, I’m going to tell you

I said at the start, I think you need to stop punishing your students. Here’s why.

Students learn best in environments where they feel safe, accepted and appreciated. Relying on punishment to control behaviour does the opposite. Students who get punished feel their teachers don’t like them. These negative effects also apply to the ‘good students’. Punishing one student makes the rest of the class anxious, worrying, “Maybe I’ll be next”. The more anxious students are, the less they’ll learn.

It results in more negative behaviour

Lots of students misbehave because they want attention. Punishing students gives them the attention that they want. The more you punish your students the more likely it is you’ll see the same behaviour in the future.

It becomes less effective over time

The more you use a punishment, the less effective it becomes. Students who are disciplined time and time again eventually get acclimated. This leads to a vicious circle: teachers may resort to stronger forms of punishment to get the same results.

Would you want to keep studying a subject where you get punished every class? I wouldn’t. I suspect a lot of the reasons why students drop English are because they’re tired of being told off.

Relationships with students take years to build and seconds to destroy. Losing your temper, shouting at, or humiliating students destroys these delicate relationships. As well as demotivating students, you’ll lose respect and cooperation.

Its bad for you

Collective punishment is when a group of students (often the whole class) is punished for the actions of one or two students. For example, if some students are too noisy, the whole class gets given extra homework.

Collective punishment is bad because it’s

Teachers regularly punish students for distracting their peers. Yet when teachers publicly punish a student, they usually distract the entire class! Public punishments stop the whole class from learning by focusing students’ attention on the punishment being given out instead of the topic of the class. Public punishments also humiliate the student being punished. If you need to punish a student, do it in private.

Kicking a student out of the classroom and into the corridor is problematic for a few reasons.

I remember in my first year at middle school being taken into the deputy head master’s office and told, “We know what you did. If you do it again, there will be serious consequences.” I asked what the problem was, but the teacher refused to tell me. I had no idea what I had done and so couldn’t change my behaviour afterwards.

Something similar happens in language classes when English language learners get told off in a foreign language: they don’t understand what they’ve done. If students don’t know why they’re being punished, they can’t change their behaviour. Not only is this ineffective, it also breeds resentment. I’m still annoyed about being unfairly told off in middle school!

Solutions instead of punishment

Instead of punishing your students, search for solutions to the problems their behaviour causes. Aim to solve behaviour problems

Let’s look at some typical student problems and how to solve these.

Problem: Two students are talking to each other.

Reason: They aren’t engaged in the lesson.

Avoid: Threatening to punish the talking students or tell one of the students to move.

Problem: Students are restless. Some students are swinging on their seats and/or crawling on the floor.

Avoid: Punishing the students who are moving. They can’t help feeling restless.

Problem: Students are distracted and not paying attention.

Reason: Something more interesting than your lesson has the students’ attention.

Avoid: Shouting to attract everyone’s attention. This models a behaviour (shouting) which you don’t want the students to copy.

After a student consistently misbehaves, ask yourself, “What can I do to stop this happening next time?”

Look for reasons why students misbehave. What patterns are there? Does negative behaviour happen at specific times during your lessons? Which lesson stages are the most problematic? Do some students get overexcited during certain activities? Find out what it is that triggers negative behavior, then try to avoid these triggers in future.

Avoid lecturing children on how they should behave. If a child has behaved out of character, listen instead of speaking. Start by asking how they feel. You might say “This is unlike you. Are you okay?” Or “Has anything bad happened to you recently?” This can help you connect with the student and understand the emotions which led to the behavior. Once you understand the emotions, you can help the student reframe them. If a student swears at a classmate and says they were angry, ask, “What else could you do when you feel angry?” If you can’t speak the same first language as your students, ask a responsible adult in your school to translate for you.

Notice which students tend to misbehave when they’re near each other. Rearrange your class seating or regroup students to split these students up. You could do this playing Seat Swap, or regrouping students by getting students to mingle, then calling out a number. Students have to get into groups with this number of people. Students then work in these groups during class.

Putting it into practice

Changing your approach to students’ behaviour is easier said than done. Many of our actions in the classroom are instinctual: teachers teach in the same way they were taught. The next time you find yourself punishing a student, pause. Think about why some students are misbehaving. Ask yourself, how can you solve the problem without resorting to punishment? And after class plan how to encourage positive behaviour, instead of discouraging negative behaviour.

Topics:
All categories
How to...
Teaching skills

Need a confidence boost in the classroom?

Need a confidence boost in the classroom?